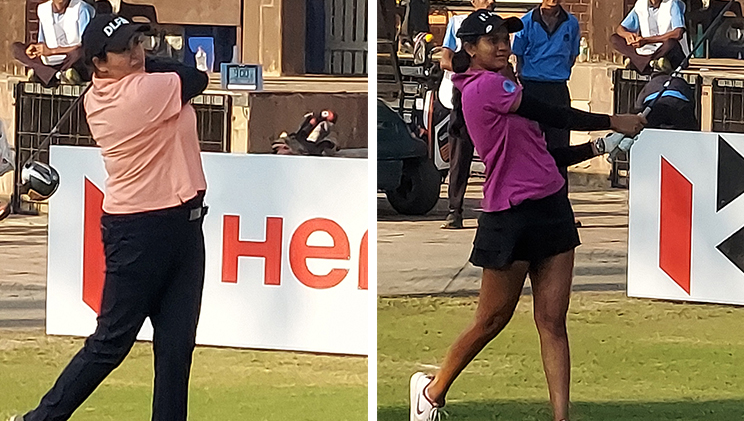 Mumbai, Jan 18:Amandeep Drall dropped two late bogeys on the back nine but still had a share of the lead with Pranavi Urs at the end of the first day of the second leg of the Hero Women’s Pro Golf Tour 2023 at the Bombay Presidency Golf Club. The duo shot 1-under 69 each at the BPGC in Mumbai and were one ahead of Mysore golfer Disha Kavery (70), who is only in her third season as a pro.

Seher, with birdies on the fourth, ninth and 14th, is now even par 142 while Shagun is 2-over 144. Lying in third place was Ridhima Dilawari (75-71) as she recovered from a disappointing opening round. Ridhima was 4-over 146.

Two amateurs Vidhatri Urs (71) and Nishna Patel (72) were third and fourth while Vani Kapoor, who shifts focus to the Ladies European Tour next month, carded 73 after a rough front nine of 3-over. She shot 3-over 73 as did Asmitha Sathish and Afshan Fatima.

Amandeep, playing for the first time since the season ending events on the LET Tour in 2022, had an early bogey on second but three birdies in a row from sixth to eighth and another on 11th saw her go to 3-under. She then dropped shots on 14th and 17th to finish at 69.

In contrast, Pranavi, who is likely to play on the Epson Tour in the US this season, birdied first and fourth but dropped a shot on ninth to reach the turn in 1-under. She parred each of the nine holes on the back nine to finish at 69.

Disha Kavery had one bogey on the front nine and another on 12th, but back-to-back birdies on 14th and 15th, saw her card even par 70.

Last week’s winner Seher Atwal had a difficult day with 7-over 77. She bogeyed three in a row from eighth to 10th and then a double bogey on Par-3 13th added to her woes as she finished bogey-bogey for a 7-over card. She was lying tied 15th.

Ridhima Dilawari had an even worse start at 9-over 79 with six bogeys and a triple bogey, and was tied 19th.

Tee times for Round 1 of the second leg of the Hero Women’s Pro Golf Tour 2023 at the BPGC, Mumbai: 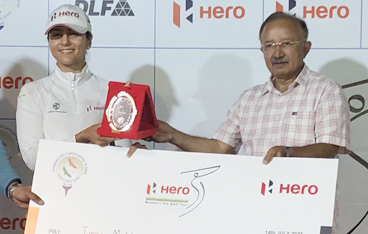