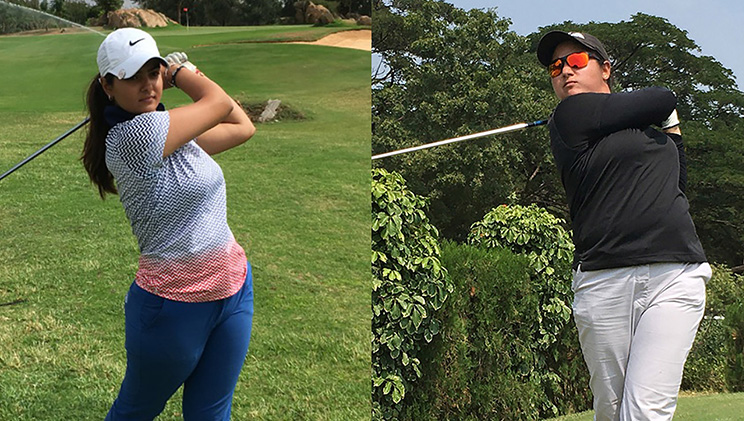 Mumbai, Feb 10:Seher Atwal, looking for her maiden professional title, shot a flawless five-under 65 in the opening round of the third leg of the Hero Women’s Pro Golf Tour at the Bombay Presidency Golf Club on Wednesday. The 22-year-old Seher, who spent four years playing golf on the college team at Rollins in the US, led by one over Amandeep Drall, who was also bogey free during her round of 66 at the Par-70 layout.

Amandeep was the last player to bring a five-under card and that came in March, 2020 in the second round of the sixth leg of the Tour in 2020. After that event the Tour was halted due to the pandemic before re-starting in December.

It was a low scoring day with as many as eight players coming under par and one at level par. It was also a rare day when two players, Lakhmehar Pardesi (72) and Durga Nittur (73), landed hole-in-ones, both on the Par-3 10th. Both Lakhmehar and Durga aced the tenth hole with 7 Irons.

Seher, who turned pro in 2020 after coming back from the US, was on fire from the very beginning and raced to four-under in the first six holes on first, second, fourth and sixth. She had just one more birdie on 12th and a few close misses for a superb 65. Her best finish on the Hero WPGT has been runner-up in the eighth leg in 2020, where she lost out to Amandeep Drall.

Amandeep, who was ninth in the last two starts, began making amends with two birdies on either side of the 5718-yard BPGC course. One of the most successful and consistent players on the Hero WPGT, Amandeep opened and closed the day with birdies and in between had gains on fifth and 12th.

Jahanvi Bakshi, looking to emulate her younger sister Hitaashee as a winner, was Tied-second with Amandeep Drall with a 66 that had six birdies and two bogeys.

Apart from Seher and Amandeep, amateur Avani Prashanth was the third player to come back without a bogey. She shot 3-under 67, while Vani Kapoor (68) was fifth. Three players, Ananya Datar, Hitaashee Bakshi and amateur Nayanika Sanga were tied sixth with cards of 69 each.

Despite a good scoring day, some of the more fancied players found themselves down on the leaderboard. Ridhima Dilawari (72) was T-11, while Pranavi Urs (75) was T-20 and Diksha Dagar (77) was 27th. Astha Madan struggled to 82 and an indisposed Neha Tripathi also carded 82 and they were Tied-33rd.