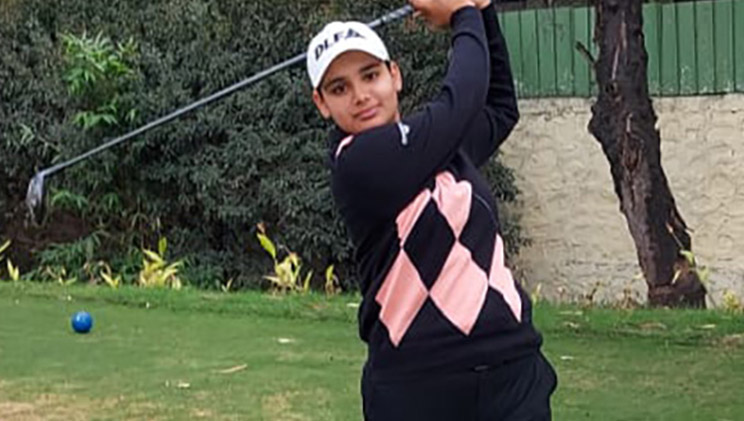 Jaipur, March 16:Seher Atwal, who grabbed a maiden breakthrough win in the fourth leg, is back for the sixth leg of the Hero Women’s Pro Golf Tour at Rambagh Golf Course, Jaipur and she will battle it out with Jahanvi Bakshi, who found her maiden win in the fifth leg last week. The two latest winners on the Hero WPGT are among the 27 professionals and four amateurs who tee off in the first round on Wednesday.

The field also includes the only amateur winner of 2021, Avani Prashanth, even as a host of others are hoping to turn their fine performances into wins this week. Vani Kapoor has now been knocking on the door for a few starts, as has been Hitaashee Bakshi, who won for the first time in the last event of 2020.

Experienced stars like Amandeep Drall and Tvesa Malik are also looking to open their account this year, while Gaurika Bishnoi, Gursimar Badwal and Neha Tripathi are trying to find their rhythm. Ridhima Dilawari won the first event of 2021, but since then has not come close.

The Bakshi sisters, who have caught the eye in the last few weeks and won once each in the last six starts, besides numerous Top-3 finishes, will try for an encore. The field is very strong despite the absence of Pranavi Urs and Diksha Dagar, both of whom are not fully fit. The competition has got so intense that there are more than half a dozen contenders each week.

Apart from the Bakshi sisters, Jahanvi and Hitaashee, another sibling pair will also see the Atwals, as Seher will have the company of Mehar.

Gauri Karhade, who won her lone title in 2019, is still looking for a second one.

Apart from Avani, who has been playing very well, there are three other amateurs in the field – Nishna Patel, Rishika Muralidhar and Kriti Chowhan.

The players will tee off from two tees, as six groups start from the first tee and the rest from the 10th.

Tee times for the first round of the sixth leg of the Hero Women’s Pro Golf Tour at Rambagh Golf Club, Jaipur: