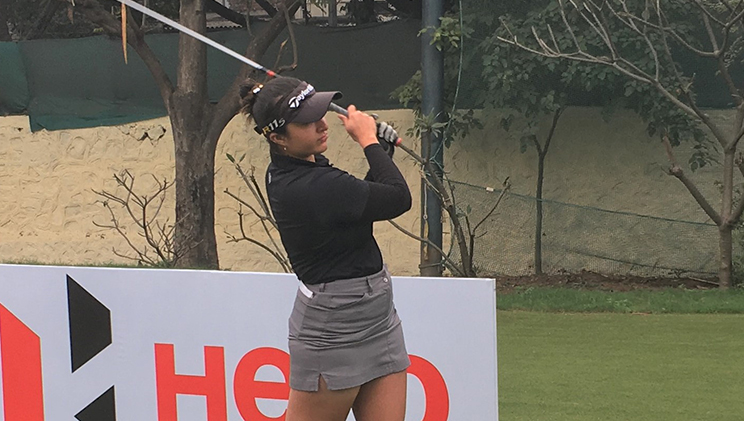 Pune, Jan 10:Ridhima Dilawari won the opening event of the 2020 Hero Women’s Pro Golf Tour in a dramatic manner at the Poona Club Golf Course on Friday. Ridhima, winner of five titles in 2019, and amateur Pranavi Urs were engaged in a tense tussle as they came down the final stretch in the third and final round.

Ridhima led for a good part of the day only to lose the lead towards the end before Pranavi made a crippling triple bogey on 18thto drop to second. Ridhima (74) finished one-under 215, while Pranavi (73) was even par 216.

Then a series of disasters struck Ridhima with dropped shots on 11th, 15th, 16thand 17th. Pranavi reduced the gap with birdies on 10thand 11th. After 11 holes, with seven to go, the duo was tied at one-under and it was now anybody’s game.

When Pranavi bogeyed the 13th, Ridhima went ahead with par. Then came the crucial 15th, which Pranavi birdied but Ridhima bogeyed for a two-shot swing. The amateur star was now one ahead as the pendulum swung from one end to the other.

Ridhima bogeyed again on 16thand 17thwhile Pranavi bogeyed 17th. When the two came to the Par-5 18th, Pranavi held a two-shot lead and even a bogey would have given her the title. But she found the water and then in tension she three-putted as the final mistake. It added up to a triple bogey eight and Ridhima from two behind, finished one ahead for her first title of 2020.

“It was unfortunate that Pranavi made the mistake on the 18th. Till then she was playing well. But before that I missed three times for three bogeys in a row as I fell behind after being in the lead,” said Ridhima.<

“I worked on my swing and putting with my coach Romit Bose in the off season,” said Ridhima, who is now headed to China to play in the Qualifying School for China Ladies PGA Tour. “I will miss the next event, but this win will be a good confidence booster for me,” she added.

Thee second leg of the Tour will be held at the Bombay Presidency Golf Club in Mumbai from Jan 15.